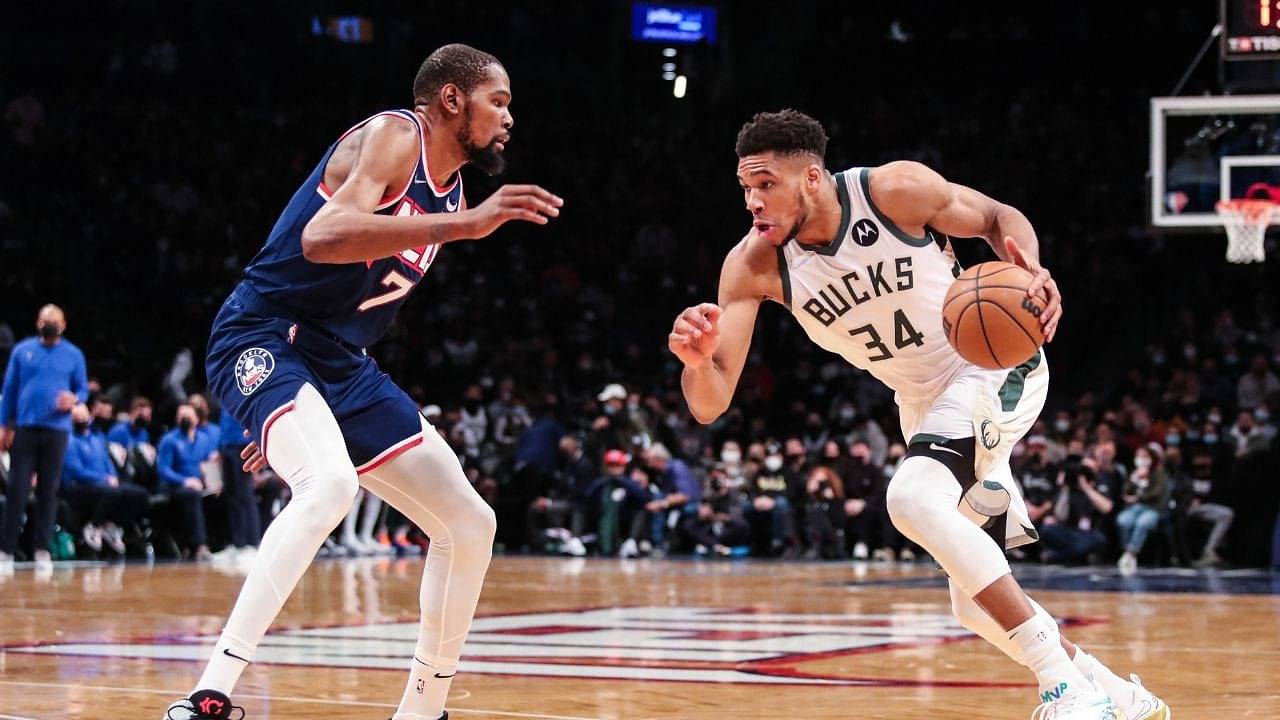 “Giannis’s points are an absolute guarantee!”: Nets’ Kevin Durant and Kyrie Irving talk about the Bucks’ MVP and shower him with the ultimate praise

Jaylen Brown was snubbed from being named an All-Star yet again as LaMelo Ball was picked as Kevin Durant’s injury replacement.

With Kevin Durant getting injured and missing the All-Star game for a 2nd consecutive year, several people speculated Jaylen Brown to be one of the frontrunners to be picked as KD’s replacement. However, despite averaging a solid 23.9/6.5/3, Brown was not selected for his 2nd All-Star game.

Instead, Charlotte Hornets’ LaMelo Ball will be suiting up for the prestigious event, making him the youngest All-Star since LeBron James in 2005. The former ROTY has been putting up 19.5/7.1/7.5 with the Hornets having a worse record than the Cs.

Welcome to the show, @MELOD1P

Brown seemed to have taken this snub quite personally. Without talking a lot about it, JB took it to his Twitter with a one-word reaction.

How did LaMelo make it over Jaylen Brown? Absolute disgrace to this sport. https://t.co/ZiCsifyeTU

Take this message from the pic.twitter.com/bErHvb0qRU

You were robbed bro pic.twitter.com/ruvELrKyEv

don’t even worry about it JB wake em up pic.twitter.com/vMadJT6aMk

Also Read: Gary Trent gets brutally honest while discussing about his son’s time with the Trail Blazers

Brown should definitely use this as motivation and help turn things around for the Celtics in the second half of this season.