Charlie, 23, won’t run out on the MCG with Paddy, Tom and the rest of the Swans in Saturday’s grand final but he will be with them in spirit, as always.

He is wedged between them as the middle sibling and watched as firstly Paddy moved out of home to join St Kilda in late 2014 before Sydney drafted Tom, who had not even finished year 11, in 2017.

Charlie, by his own admission, barely left his bedroom in the immediate weeks after Tom joined the Swans, so shattered was he about his other brother leaving.

Only 15 months separate Charlie and Tom, 22, in age, while Paddy is the oldest at 26. More than brothers, they are best mates.

Charlie does some sports coaching three days a week at his old school, Geelong Grammar, as well as helping out at their dad Matt’s pub, The Barwon Club Hotel.

Then on most Thursdays, he makes the 20-minute trip to Avalon airport to fly to Sydney and crash in the spare room at Paddy’s Coogee home that he shares with his girlfriend, Lucy Brownless.

All this is important in understanding how much Paddy’s well-publicised concussion battle hit Charlie, who grew up idolising his big brother.

Paddy’s eighth concussion while playing for St Kilda in a pre-season match in early 2019 was the moment everything changed.

He spent that night in Ballarat’s St John of God Hospital and it took him months to bounce back.

Paddy never played for the Saints again and found himself in the AFL wilderness, a barely believable scenario for a footballer who was the No. 1 pick in the 2014 draft.

He detailed his debilitating side-effects in an extraordinary radio interview in 2019, where he admitted he had lost his “identity as a person” and struggled to be around people at the supermarket.

“It was horrific. Growing up, he was my absolute hero and could do no wrong. I thought he was invincible,” Charlie said.

“Then to see that – he just became a shell of himself and it was that hard to watch. But he’s seriously the most headstrong, toughest bloke.

“I knew that he could get himself out of it but it didn’t take away from how hard it was watching him. I didn’t think that could ever happen to him … but he’s worked his arse off to get to the position he’s in now.”

It was hard on everyone in the family, including their parents Jo and Matt, who said it was “heartbreaking” watching their son’s repeat setbacks, especially the aftermath of them.

Paddy was a junior star from his under-12 days representing Victoria alongside Christian Petracca and Darcy Moore.

Tom, on the other hand, was a great athlete but a late bloomer in football who barely made the cut for the Geelong Falcons in his draft year.

He took off from the day he helped himself to six goals playing against future Saint Oscar Clavarino and is now one of the AFL’s best young key defenders.

“Paddy was just a natural footballer who’s really worked hard on his agility, whereas Tom’s agility was natural and he’s had to work on his footy a bit more.”

Paddy took a major detour after that last concussion in Ballarat.

He consulted various specialists and even flew to Chicago to visit The Neurologic Wellness Institute. But it was far closer to home where Paddy made his breakthrough.

Brett Jarosz, a Melbourne-based sports and exercise chiropractor who specialises in neuro-rehabilitation, is credited with ‘fixing’ Paddy.

Jarosz focused on rehabilitating the problems in Paddy’s brain that were causing the concussions rather than believing time was the key factor in the healing process.

At the end of that work, Paddy was able to prove to a panel of AFL medical experts that he was no more susceptible to concussions than anyone else.

He never contemplated giving up his football dream, even if he thought it was over many times, and none of Matt, Jo or Charlie asked him to stop either.

“If that AFL medical board had said he was more susceptible to a concussion than anybody else and there were long-term risks, he wouldn’t have played again.”

Life in the headlines

The McCartins have become somewhat immune to Paddy’s life in the spotlight.

From being the No. 1 draft pick, to his diabetes, to being criticised in his early days at St Kilda, then the concussions and being delisted, he’s rarely been out of the headlines.

“Then he’s gone back to Sydney (in the VFL last year) and did really well but had that indiscretion where he hit that kid, Aaron Black,” Matt said.

“He’s always been in the media. But there was an interview on K-Rock after the Melbourne game and he made a point of saying that everybody doubted that he’d get back to playing footy – but he didn’t.

“He’s an incredibly resilient and driven kid. The people that know him know he’s a humble, quiet kid but sometimes because of the media profile that he’s had, people may think the opposite.”

The Swans have become a major part of the McCartins’ life, especially now Paddy has joined Tom on the playing list.

Charlie even did some recruiting work for Sydney list boss Kinnear Beatson for a while.

The fact so many of the Swans’ footballers are from interstate means they operate quite differently to rival clubs in more traditional football states.

The players are rarely apart and there is arguably a deeper concern from the off-field staff, including coach John Longmire and head of wellbeing and development Brett Kirk, towards the challenges they may face.

Tom, for example, struggled mightily with homesickness in his early days at the club and found it difficult saying goodbye to his parents whenever they visited.

“John Longmire is seriously one of the best humans you will ever meet. He’s such an incredible man,” Charlie said.

“Tom was drafted there when he was in year 11 and ‘Horse’ (Longmire) pretty much turned him into a man and the person he is now. He’s just so invested in the kids.”

Charlie even argues it’s a “disservice” to refer to Sydney as a football club, preferring to call them “one big family”. He feels just as embraced by the Swans as his brothers.

As for Paddy and Tom, Charlie could not be prouder, particularly given everything Paddy’s gone through.

“It’s got nothing to do with the footy. I’m just so proud of the person he’s become now off the field,” he said.

“I find it hard talking about my brothers, because I’m so protective of them. But I feel like when you hit rock bottom, you sort of build a foundation for your life.

“He’s done that and he’s firing on all cylinders at the moment. His personal life’s great, his mental wellbeing is great, his diabetes is great and he’s just loving his footy and loving it for what it is.

“He appreciates footy so much more now, because it got taken away from him. It’s so good to watch. That’s the joy you get out of it – the joy he’s getting out of it. That’s what you ride.” 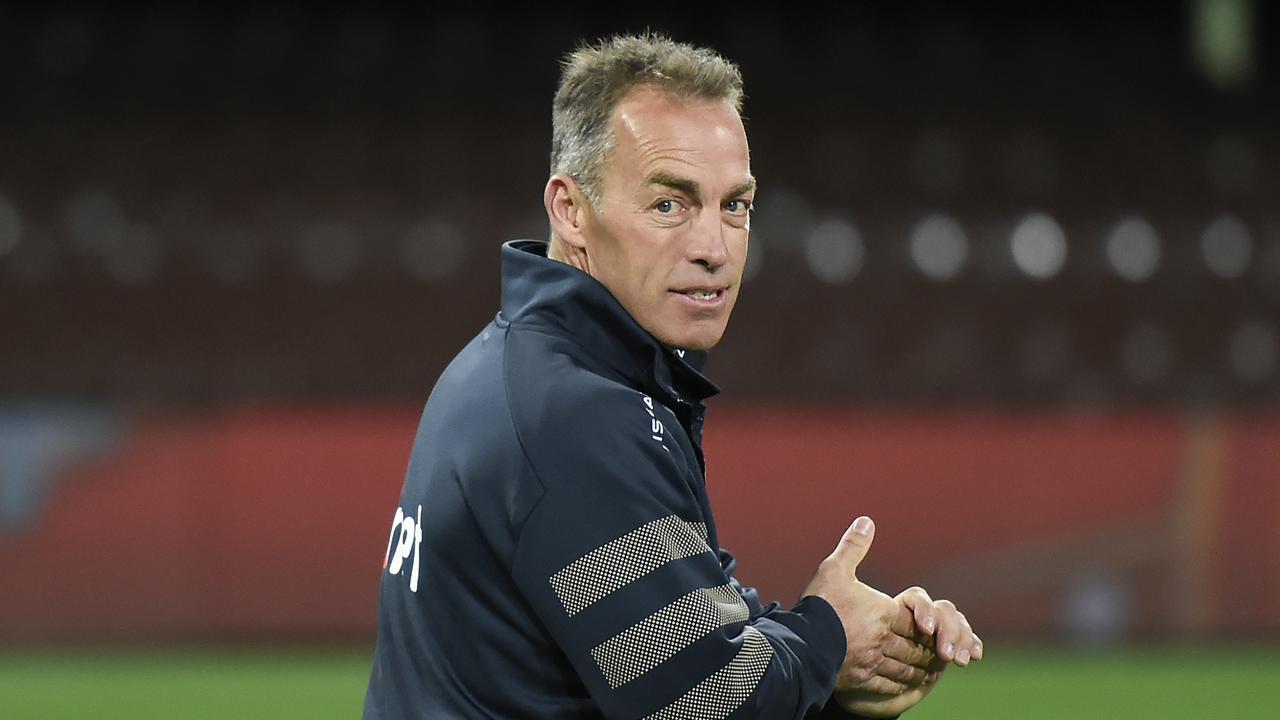 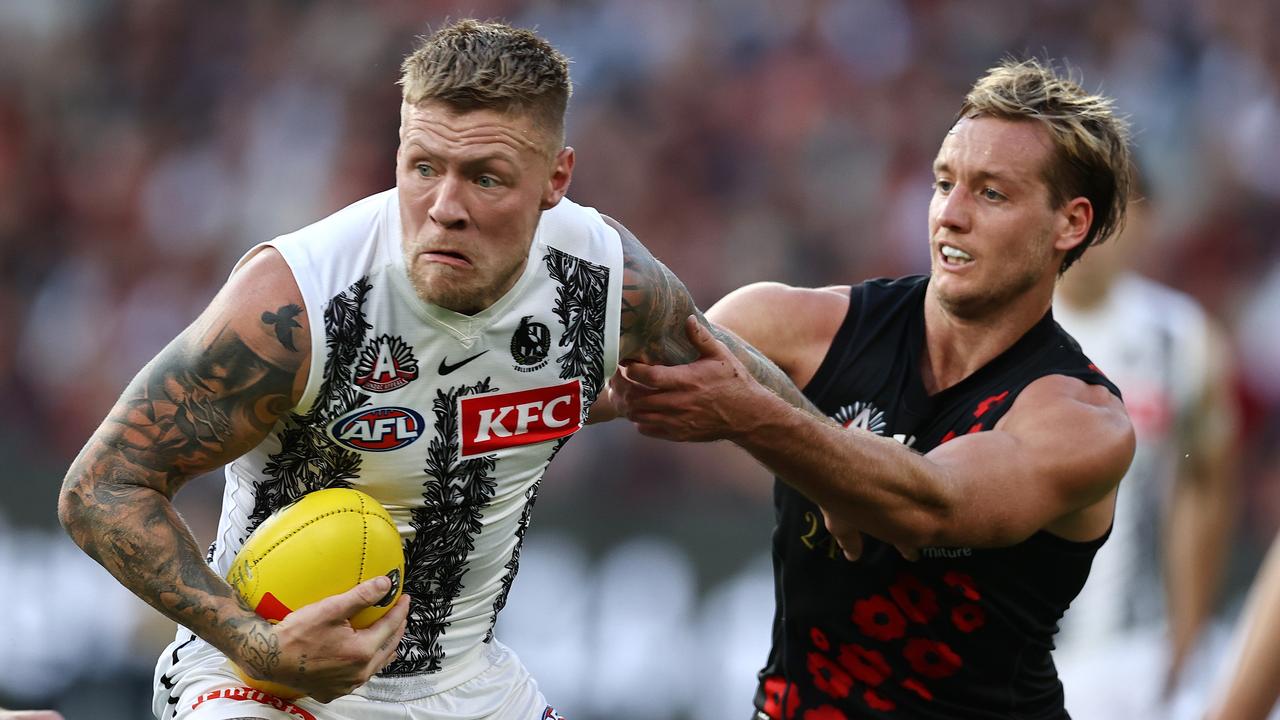