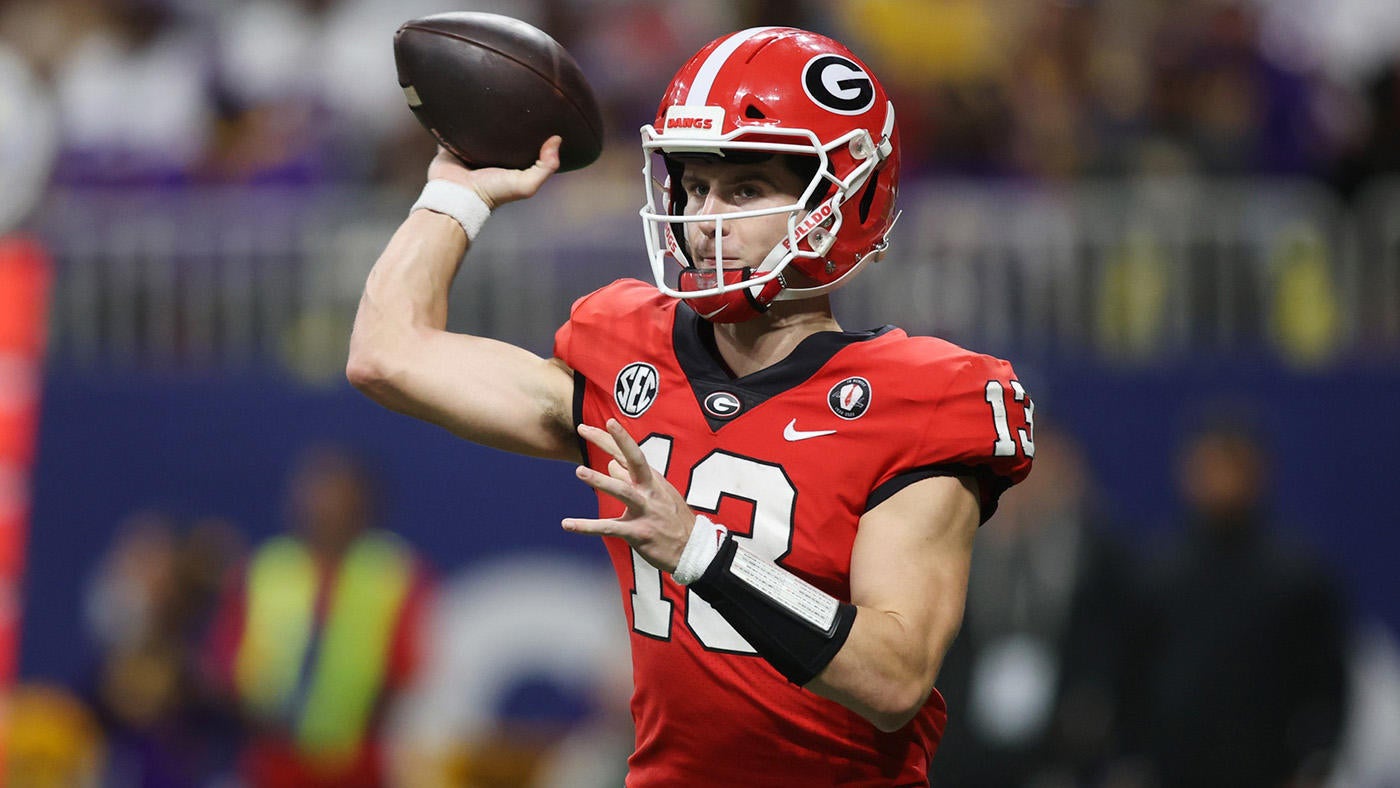 No. 1 Georgia is looking to complete its run toward becoming the first back-to-back national champion since Alabama in 2011-12, and as that journey hits the homestretch in the College Football Playoff semifinals, a formidable foe stands in its way in the form of No. 4 Ohio State in the Peach Bowl. This matchup between the two behemoth programs should provide plenty of excitement as we gear up to crown a national title winner for the 2022 college football season.

The Bulldogs won their first SEC title since 2017 when they topped LSU in Atlanta earlier this month, while the Buckeyes’ quest for a perfect season came to an abrupt halt in the regular-season finale vs. rival Michigan. One of the biggest storylines is that this one will feature two Heisman Trophy finalists — Georgia quarterback Stetson Bennett IV and Ohio State quarterback CJ Stroud.

Follow all the action at the Peach Bowl semifinal LIVE updates from Georgia vs. Ohio State.

How to watch Peach Bowl live

The Stroud factor: It seems like there’s a narrative forming that Stroud’s struggles vs. Michigan make a trend rather than an outlier. In reality, nothing is further from the truth. The star Buckeyes quarterback still threw for 349 yards and completed 64.6 of his passes when, for the most part, Michigan knew that Stroud had to air it out. Plus, Stroud had a month-long reset to build off those mistakes. Can he can take advantage of a Georgia defense that is comparable to what what the Wolverines had to offer? If you choose to count out an angry Stroud, do so at your own peril.

Bulldogs can light it up, too: The Georgia defense gets most of the buzz, but its offense has proven throughout the season that it can light up a scoreboard as well. It ranks in the top 10 in total offense — its 491.9 yards per game are one spot behind Ohio State — and seventh in yards per play at 6.97. Remember: The Bulldogs haven’t been in many positions in which they have to crank it up in order to keep the unblemished record alive. Can Georgia hang if Ohio State forces a shootout? The stats suggest it can.

Ohio State injury concerns: Star running back TreVeyon Henderson won’t play due to a foot injury and wide receiver Jaxon Smith-Njigba will be off to the NFL next season after dealing with a hamstring injury all year. Will their absences decide the game? Smith-Njigba’s probably won’t. He only has five catches all season and hasn’t played since October 27. The Buckeyes have two receivers who have topped the 1,000-yard mark with Marvin Harrison Jr. and Emeka Egbuka. If anybody tells you that Smith-Njigba’s injury is a factor at all, that person is either lying or hasn’t paid attention to Ohio State all year. As for Henderson, his injury is sub-optimal, but Ohio State has been able to work around it, too. Myian Williams is its leading rusher this year with 817 yards and 13 touchdowns and has essentially been a co-starter with Henderson.

I’ll take the Buckeyes to not only cover, but win it outright. The luxury of time will help coach Ryan Day’s squad more than Kirby Smart’s, and the lack of respect will only add to that motivation. Georgia hasn’t been in a shootout situation this year, but Ohio State will do that on Saturday. I’ll grab the points in case Ohio State falls short, but this will be a four-quarter classic. Prediction: Ohio State (+6.5)