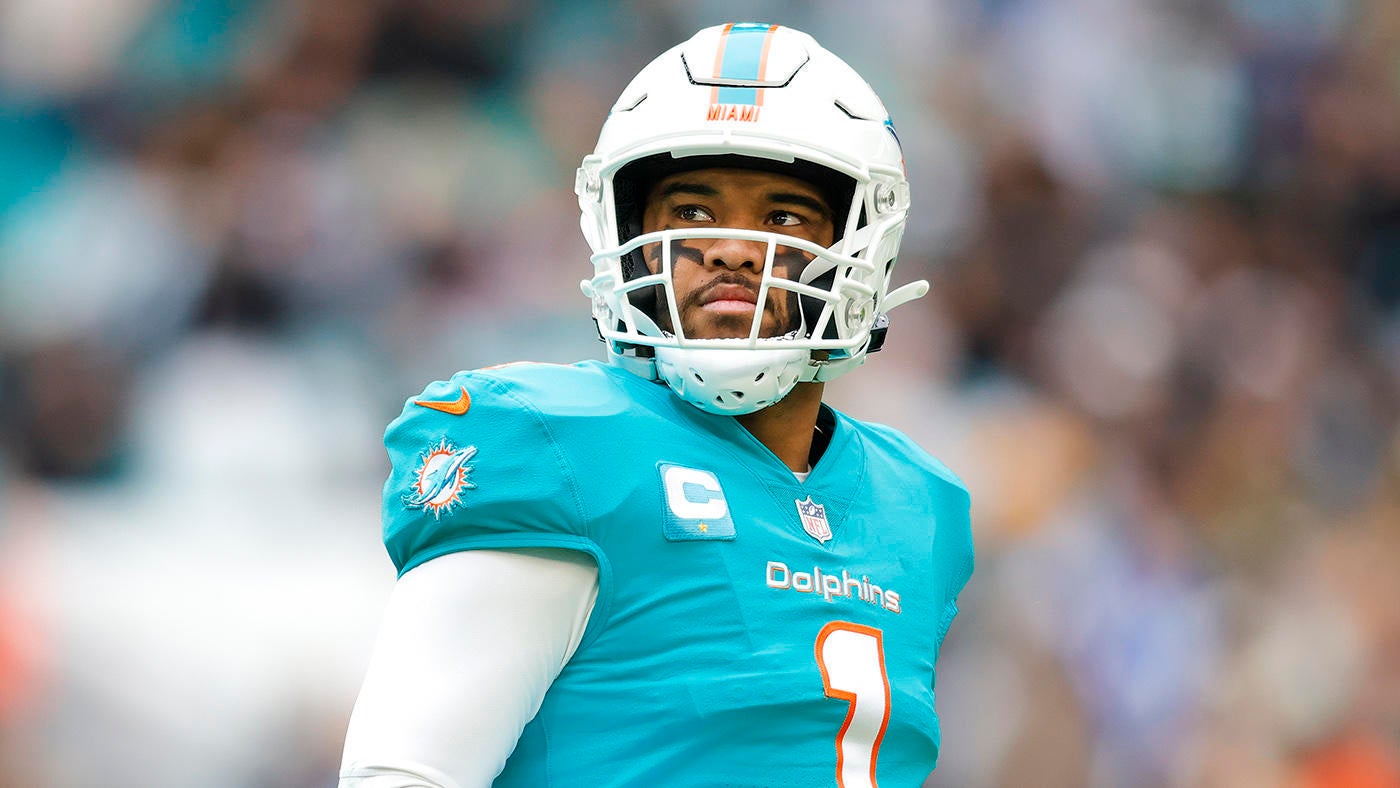 Miami Dolphins QB Tua Tagovailoa is among what is believed to be a single-digit number of players who have suffered multiple concussions in this NFL season, according to sources.

He suffered his second confirmed concussion of the season — and third concerning blow to the head — on Christmas against the Packers. He wasn’t checked for a concussion during the game and only met with the doctors after showing concussion-like symptoms the following day. The joint review between the NFL and NFL Players Association into the handling of Tagovailoa’s concussion revealed that “symptoms of a concussion were neither exhibited nor reported until the following day,” meaning there was no reason for the protocol to trigger.

It’s unclear if and when Tagovailoa will be able or cleared to return to play. The Dolphins ruled him out for Sunday’s game against the Patriots as they fight for a wild card berth.

The concussion protocol for return to play is the same regardless of how many concussions the player has suffered. But a league source noted there’s always “rich and robust” discussion around players with more than one concussion and their return to play.

The union believes player history could be considered a greater factor in the evaluation of a player with multiple concussions like Tagovailoa.

No one has publicly confirmed when Tagovailoa suffered the second concussion, but video from the second quarter of the Packers game shows the back of Tagovailoa’s head hitting the turf. Concussion spotters are trained to look for a blow to the head followed by some sort of injury behavior — a wobble, grasping at the helmet or facemask or ataxia.

Dolphins coach Mike McDaniel indicated he noticed a difference in Tagovailoa when watching the tape on Monday. When he met with Tagovailoa that day, McDaniel had Tagovailoa meet with the doctors where he was then placed in the concussion protocol.

The review determined that no injury behavior took place immediately after the blow to the head. Introducing a policy in the protocol to have every player who hits his head checked for a concussion isn’t tenable for the way the game is played, according to multiple sources.

There are five spotters in the booth: two spotters, an unaffiliated neurotrauma consultant (or independent doctor) and two video techs. Would adding another person or two aid in catching more head injuries?

“Everything’s on the table,” said one source.

All three blows to the head this season for Tagovailoa were suffered in the occipital area of the head. NFL research has shown that’s where quarterbacks regularly suffered concussions due to how they fall in an unprotected manner based off the way the position is played.

The league has spent tens of millions of dollars on developing safer helmet technology, and it continues to look at position-specific helmets. The league introduced the TRENCH helmet for offensive linemen, which provides more padding to the front of the helmet where concussions mostly take place for those players.

“I'll Be Involved If Papa John's Isn't”: Shaquille O'Neal Is on the Board of Directors of $2.9 Billion Worth Pizza Chain on His Terms