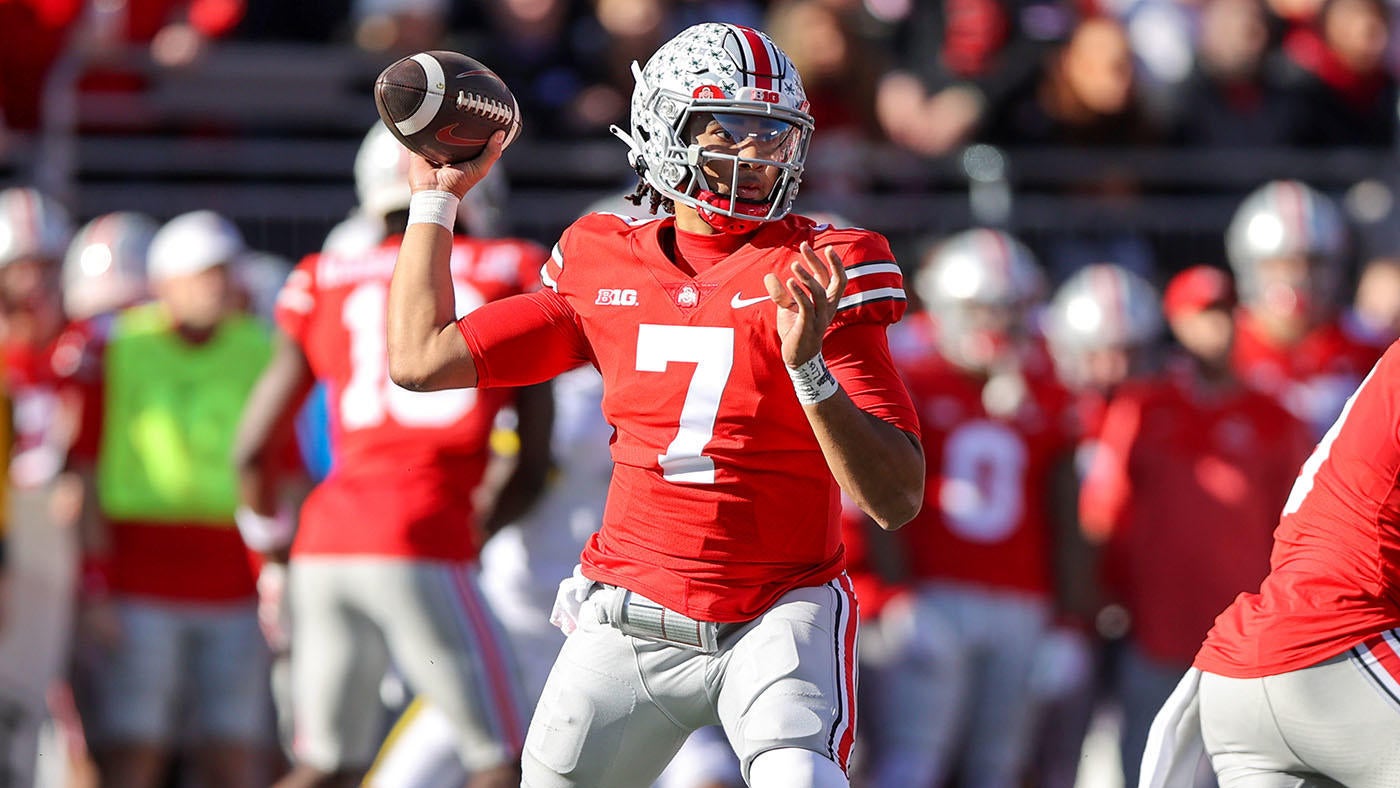 As the reigning national champion, No. 1 Georgia is looking to defend its title in this season’s College Football Playoff, but that will be tough to do with a matchup against the No. 4 Ohio State Buckeyes in the CFP semifinal at the Peach Bowl. Both of these programs have reached college football’s pinnacle as brands, but only one will move on to play in the College Football Playoff National Championship when all is said and done on New Year’s Eve.

An SEC championship and another College Football Playoff berth seemed inevitable for Georgia this year. The Bulldogs didn’t always look flashy, but they turned it on when needed. In the season-opener against Oregon, the Bulldogs won by 46 points. In back-to-back rivalry games against Tennessee and Florida, they won by a combined 36 points. In the SEC title game against LSU, they won by 20 points. If Georgia brings its best game to Mercedes-Benz Stadium on Saturday night, Ohio State will have very little margin for error.

The regular-season finale against Michigan left a sour taste in Ohio State’s mouth, but a national championship would fix that. There is no denying that the Buckeyes have the talent to win two more games and capture the national title. Quarterback C.J. Stroud finished third in Heisman Trophy voting this year, and he has an impressive stable of wide receivers led by Marvin Harrison Jr. However, that talent hasn’t always clicked at the same time. That was clear against Michigan, and it was clear in tight battles with Maryland and Northwestern. When everything is working, Ohio State can look like the best team in the country. Georgia, however, has the ability to make life difficult for opponents.

How to watch Peach Bowl live

Georgia TE Brock Bowers: Bowers stands at 6-foot-4 and 230 pounds, and yet he is as athletic as many of the receivers on the field with him. Bowers led Georgia with 52 receptions, 726 yards receiving and six touchdowns. Bowers can be a matchup nightmare, and Ohio State defensive coordinator Jim Knowles has probably spent a good amount of his preparation time figuring how to keep Bowers from wreaking havoc on the Buckeyes.

Ohio State WR Marvin Harrison Jr.: The Buckeyes lost Chris Olave and Garrett Wilson to the 2022 NFL Draft, and they’ll be without Jaxon Smith-Njigba for this game. Still, Ohio State is loaded at wide receiver, and Harrison has emerged as one of the best pass catchers in the country. In just his sophomore season, Harrison has hauled in 72 receptions for 1,157 yards and 12 touchdowns. The Georgia defense has been brilliant so far this season, and it handled Biletnikoff winner Jalin Hyatt without too many issues, but Harrison presents another huge challenge.

Georgia DL Jalen Carter: The Georgia defense has turned into a factory for first-round NFL Draft picks, and Carter is projected to be a top-10 selection next spring. That’s because he has been an incredibly disruptive force in the middle of the defensive line all year. Despite being a main focus for opposing offensive lines, Carter has still managed to rack up seven tackles for loss and three sacks. He has the ability to stuff the Ohio State run game while also generating pressure up the middle on the pass rush.

The Ohio State roster is loaded with future NFL players on offense and defense, and it is fully capable of pulling off the upset in this game. However, the Bulldogs have just as much talent as the Buckeyes, and they have already proven that they can step on the throat of their opponents in big games. Georgia’s elite defense is able to give Ohio State’s offense some problems, and the Bulldogs just grind down the Buckeyes’ defense with a balanced attack.  Prediction: Georgia -6