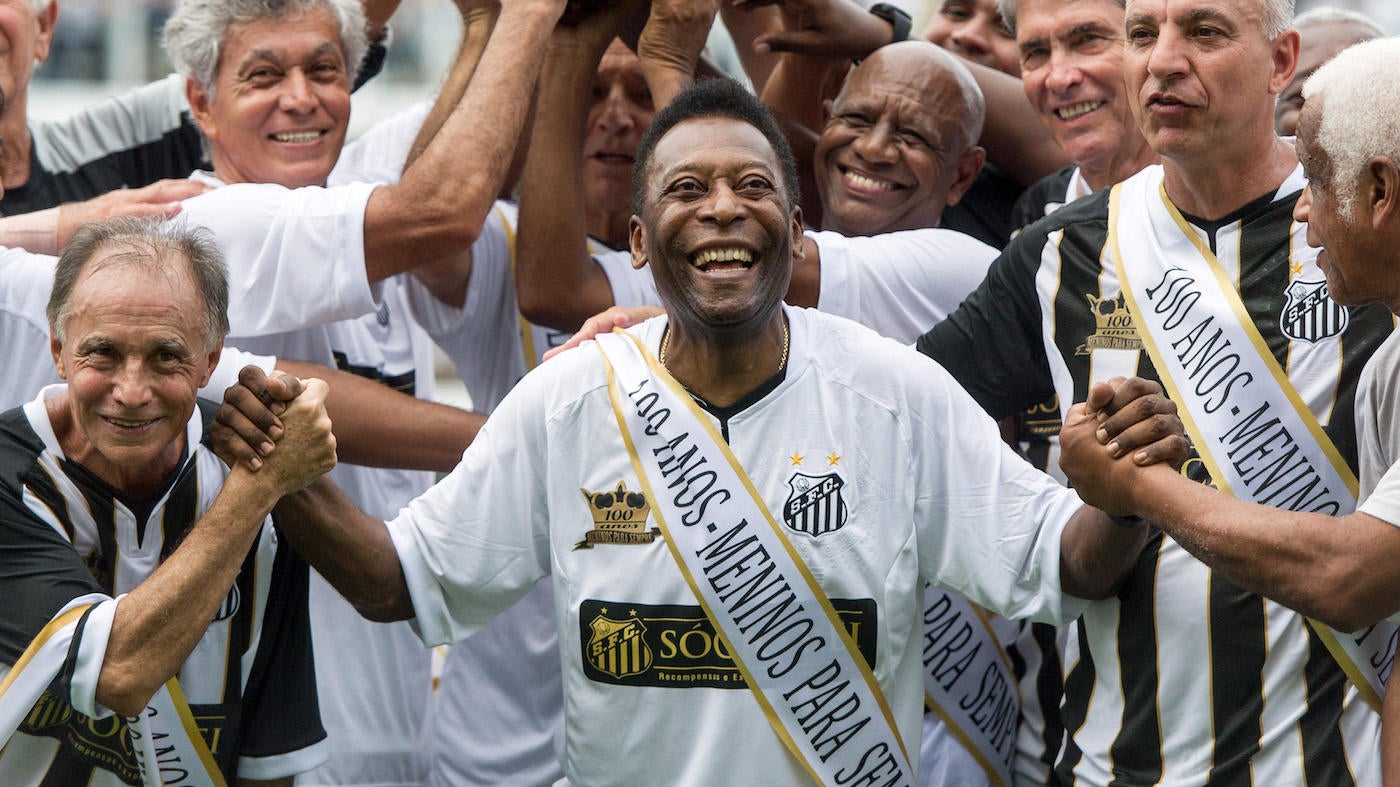 The consecrated ground of Vila Belmiro Stadium on the center circle of the pitch is where the wake for Edson Arantes do Nascimento, known to most as Pelé, the eternal king of the footballing world, will take place. In a wish granted by his family and those close to him, the two-day vigil will take place at the home stadium of Santos FC where he earned his name and reached several memorable milestones in his iconic white and black No. 10 shirt.

Pelé died at the age of 82 at Albert Einstein hospital in São Paulo after complications stemming from a lengthy battle with colon cancer. His body will leave the hospital on Monday and make its way south to the stadium where his coffin will be placed in the center circle for the start of the services at 8 a.m. ET (10 a.m. local time) with public access. The family of Pelé chose to not have the wake during New Year’s weekend out of respect of Brazil’s president-elect Luiz Inácio Lula da Silva, who will be sworn in on Sunday, Jan. 1.

Once the wake ends Tuesday at 8 a.m. ET, a parade-like procession will take place in the streets of Santos. The house of Celeste Arantes, Pelé’s mother who turned 100 years old in May, will be one of many destinations on its way to the Ecumenical Necropolis Memorial where family members will have a private ceremony for his burial that day.

Sign up for our new newsletter covering the beautiful game in all its glory, including daily updates about the World Cup, here.

“O Rei” Pelé was born in 1940 in Três Corações, a city in Minas Gerais approximately 250 miles northeast of Santos that translates to “Three Hearts.” His father was a professional soccer player for tiny clubs around the country, which soon prompted a childhood move to Bauru in the state of São Paulo before he eventually aced his tryout at Santos FC and made his debut as a 15-year-old.

Pelé won three World Cup titles, two Intercontinental Cups, two Copa Libertadores and became the first person to score 1,000 goals. He was hailed as the athlete of the century by the international Olympic Committee without ever participating in the Olympics. He was also named the player of the century by FIFA. More importantly, he was an ambassador for the sport and brought people from all over the world together as his Santos squad toured the globe in exhibition games. He was eventually brought to the United States where he helped grow the game while playing for the New York Cosmos of the NASL.

Listen below and follow In Soccer We Trust: A CBS Sports Soccer Podcast where your three favorite former USMNT players cover all things related to the beautiful game.

Pelé had been hospitalized since Nov. 29 due to a respiratory infection that stemmed from COVID-19. He stay was extended for further chemotherapy treatment for colon cancer as his condition worsened over time. He was diagnosed with colon cancer back in September of 2021. Pelé died Thursday, Dec. 29 at 1:27 p.m. ET, according to a bulletin from Albert Einstein hospital in São Paulo.

Jim Harbaugh to the NFL? Broncos among teams 'doing homework' on Michigan coach, per report